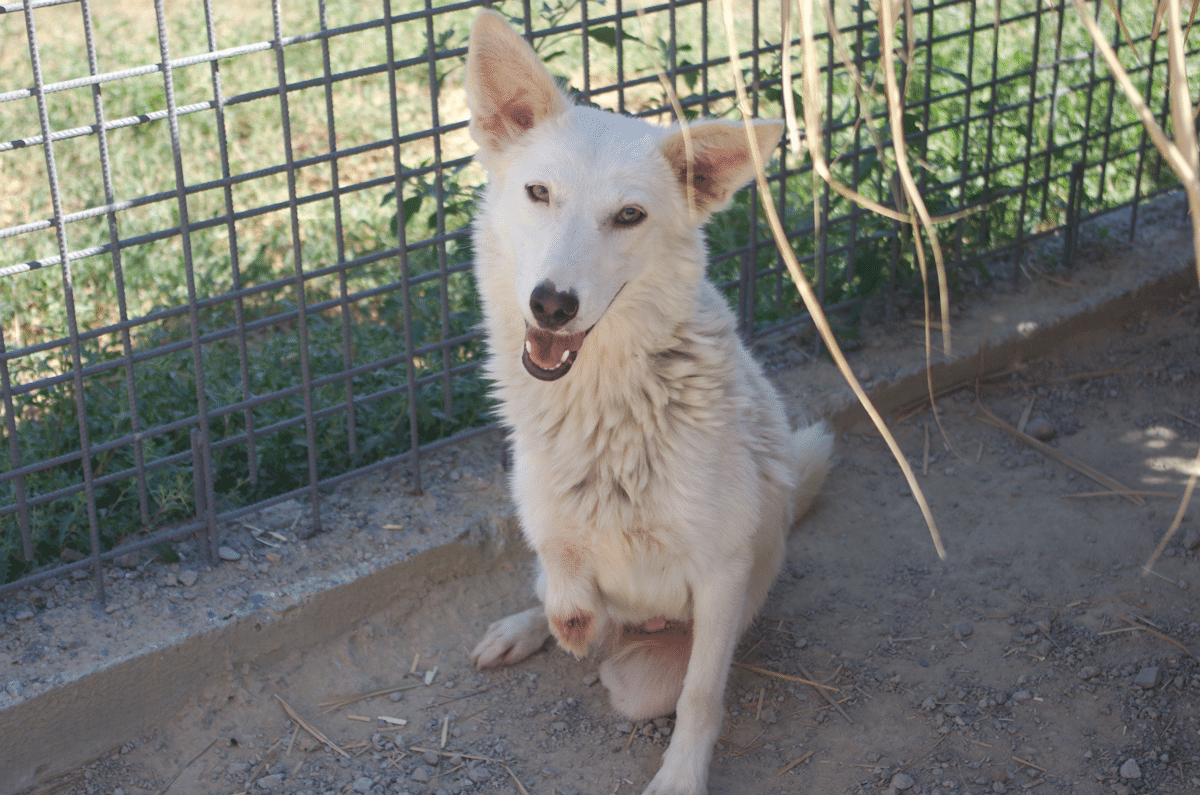 The day by day challenges in Romania keep our lives extremely busy, from the lack of volunteers and financial resources to the corruption, bureaucracy and the authorities indifference to our efforts to help the local community to solve a major problem.

When a new year is about to start, my heart and mind get full of new ideas, enthusiasm, new planning and new hopes. I learn from dogs and one important thing is to never loose hope.

Looking back to identify the most important moments in 2014, I should mention:

Invitation from the Norwegian Embassy to attend a conference about Corporate Social Responsibility. Meeting H.E. Tove Bruvik Westberg, the Ambassador of Norway in Romania. 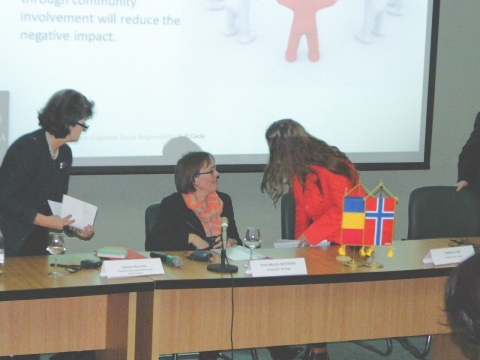 One of the worst time at the shelter when huge amounts of snow were accumulated and the snow storm that last a few days isolated the shelter from the village. We had to walk to reach the dogs, give them food and water and check if they are all OK. 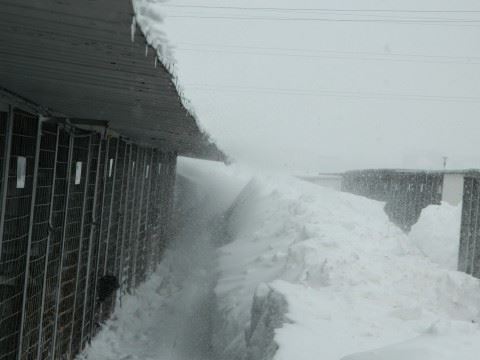 60 children from nearby schools visited our shelters to become acquainted with our dogs, to learn about dog behavior, what sterilization means and why it is important, to discover the daily work from an animal sheltering. 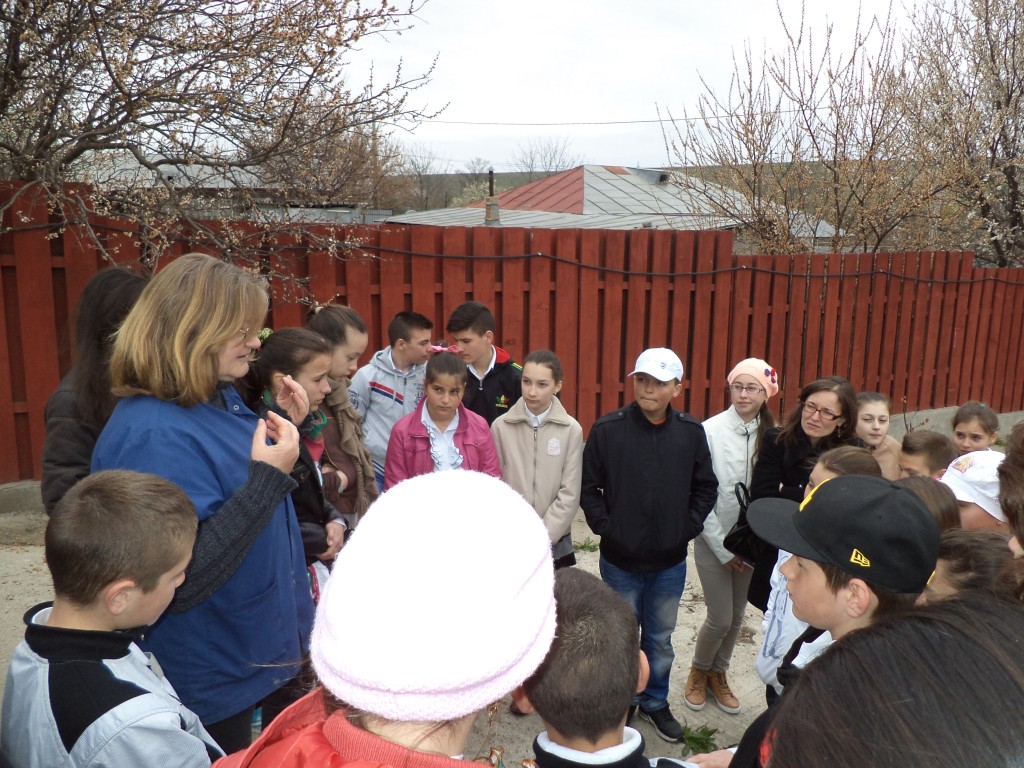 Winning the 2nd place of “Life is better together”(Fundraising section), contest organized by PETCO Foundation USA, thanks to our team of amazing donors!

A new international branch of ROLDA opens in Switzerland. 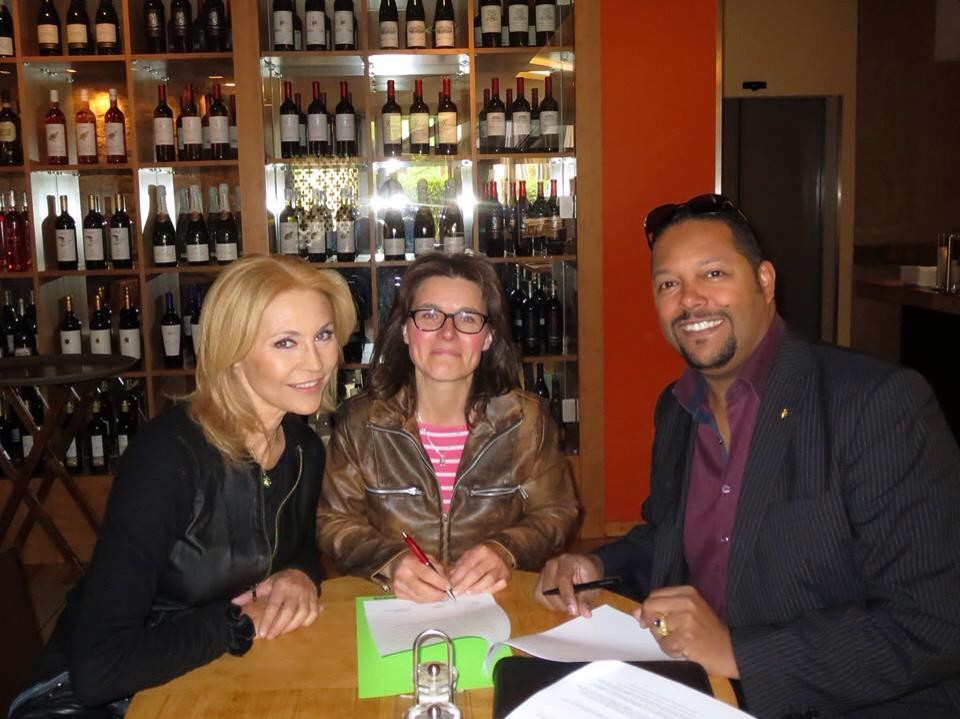 Demonstration in Geneva: 200 people, including members of the Association ROLDA Suisse protested against the killing of dogs from Romania.

The Swiss media covers the event. 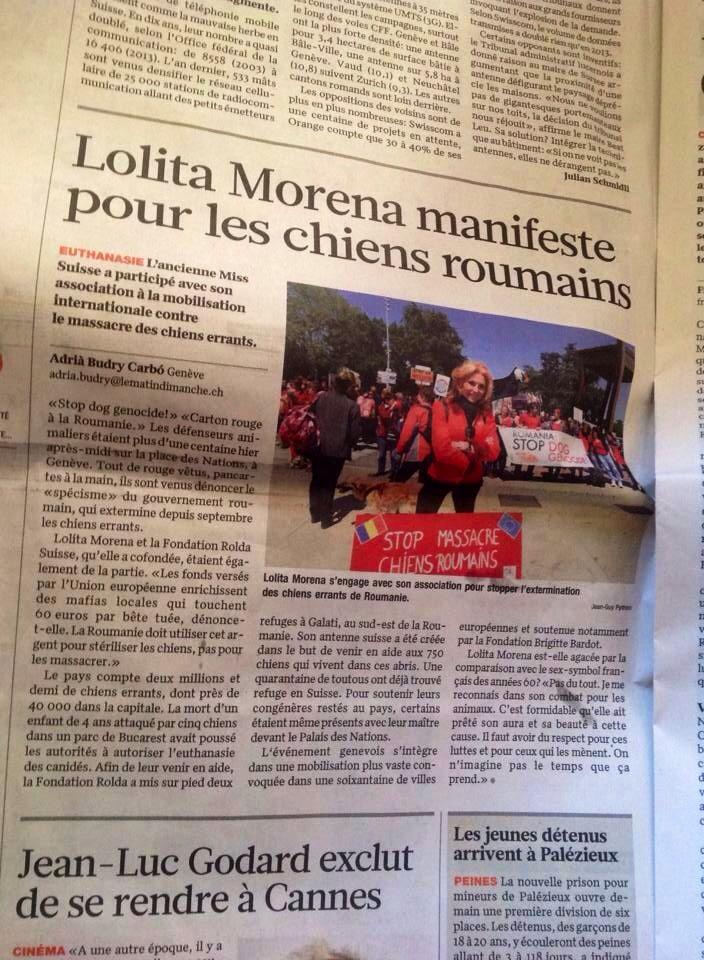 The Gatehunder fra Romania director, Hege and Mrs. B., one of ROLDA top supporters returned to our shelters. We made a short stop in Bucharest to talk to the officials of the Norwegian Embassy about the Romanian street dogs’ problem. 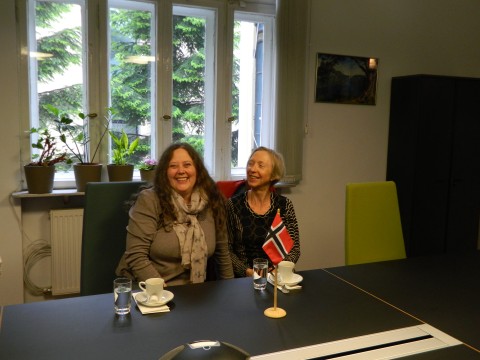 One of the dogs rescued from the local PS arrived few weeks ago in Norway. 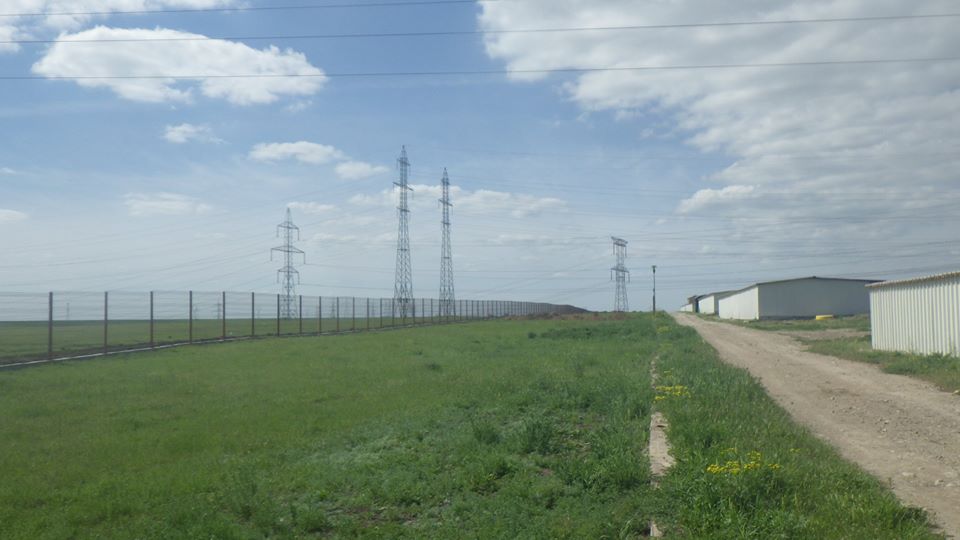 The new plot, purchased end of 2013, was fully fenced.

70 children challenged in creation contests (drawing, literature) to raise awareness about the street dogs of Romania. 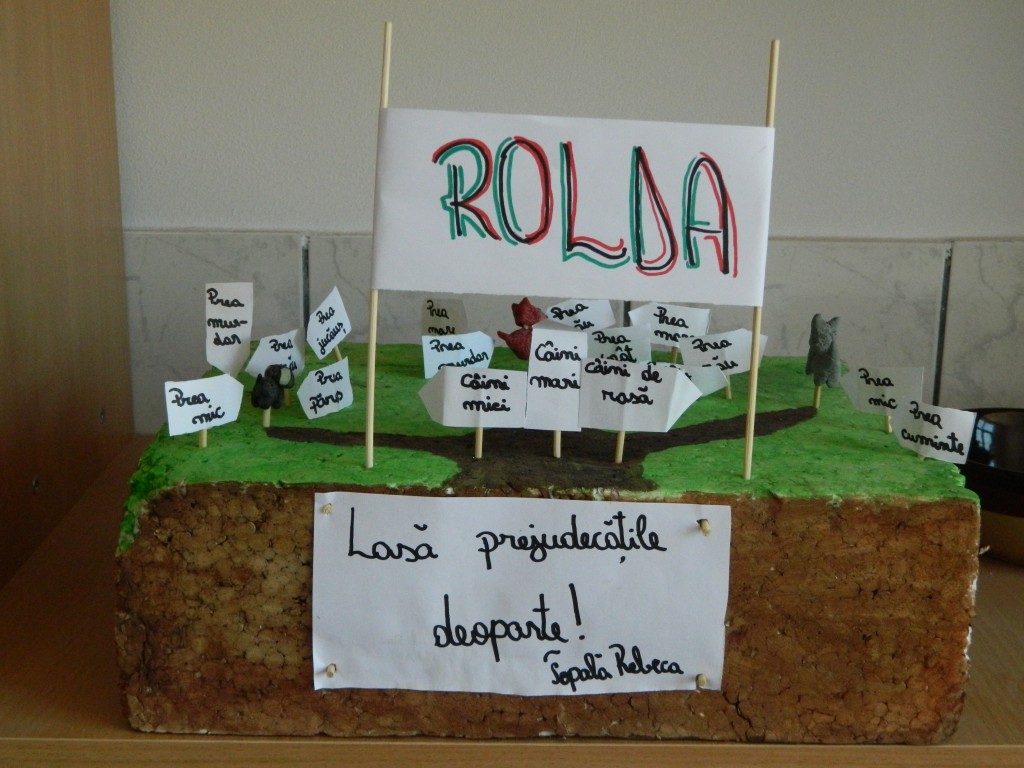 It says: “Leave your prejudgments aside! Big dogs. Small dogs. Breed dogs. Ugly dogs. Too ugly, too small, too big, too hairy….” 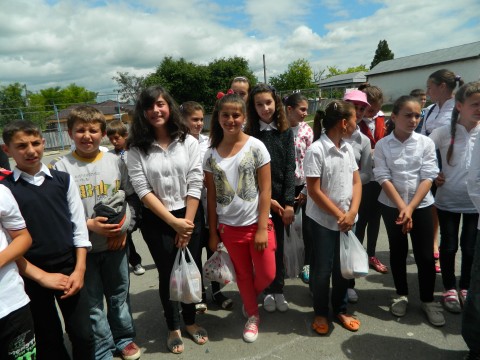 Emilie and Anne traveled from Switzerland to do volunteering work in our shelters and at the end of their journey, transported 4 lucky dogs to their adoptive families. 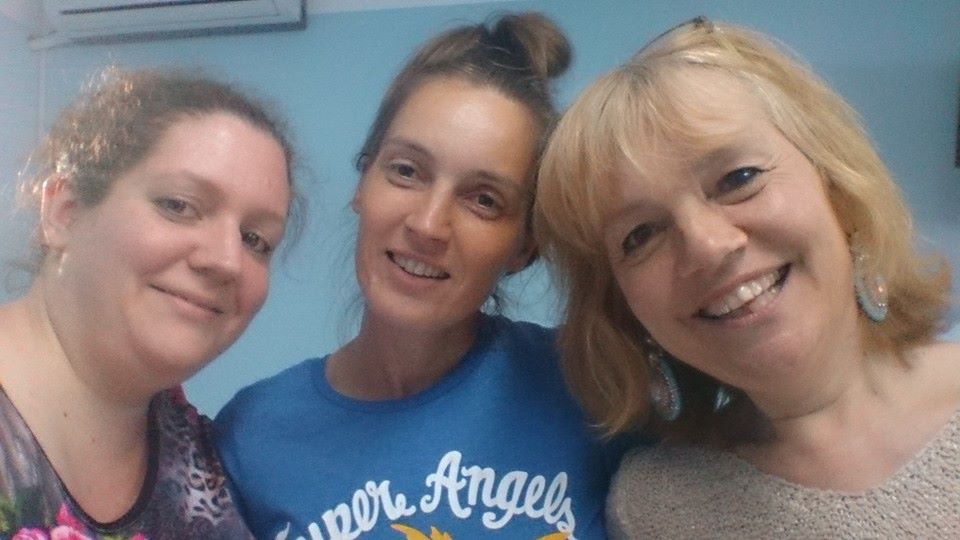 Our supporters from Holland help us organize Flights for Freedom all year round. 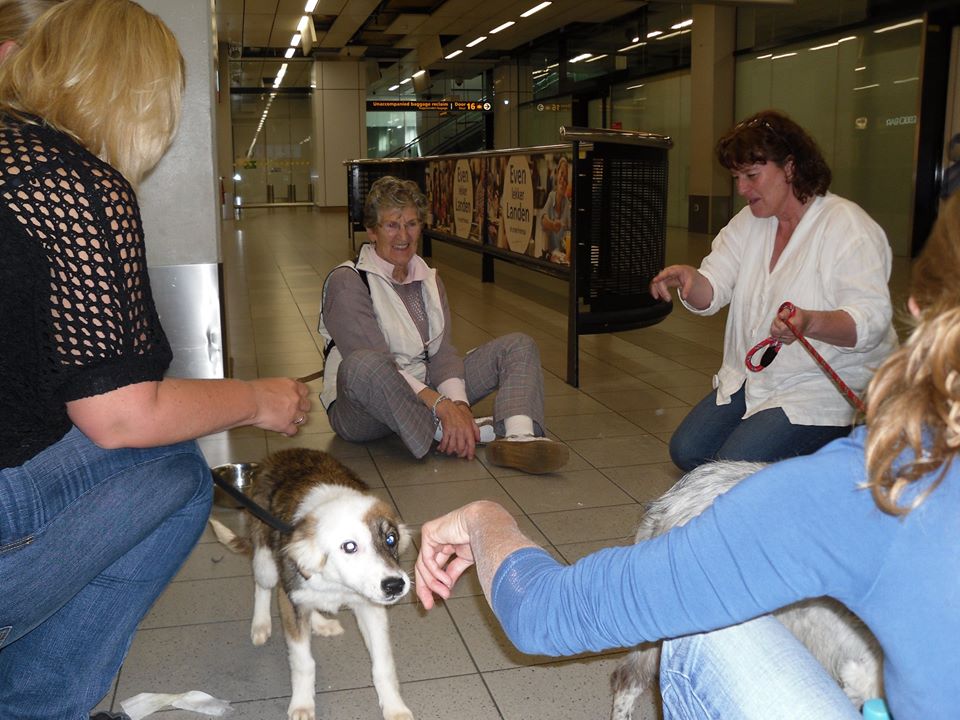 Anne and Emilie meets the kids from local school. 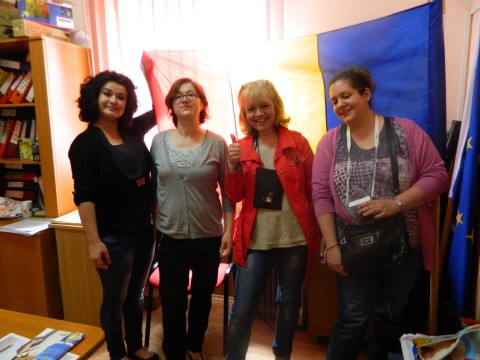 Silje from Norway who adopter of a ROLDA dog in 2012, volunteer for a week to help us…and she couldn’t come with empty hands! 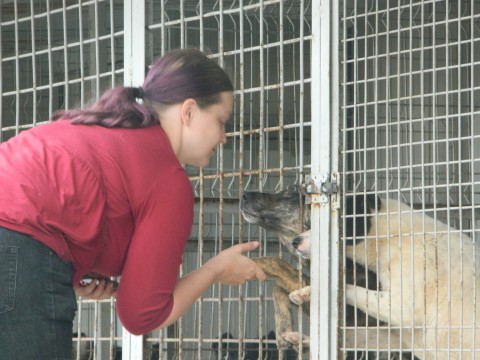 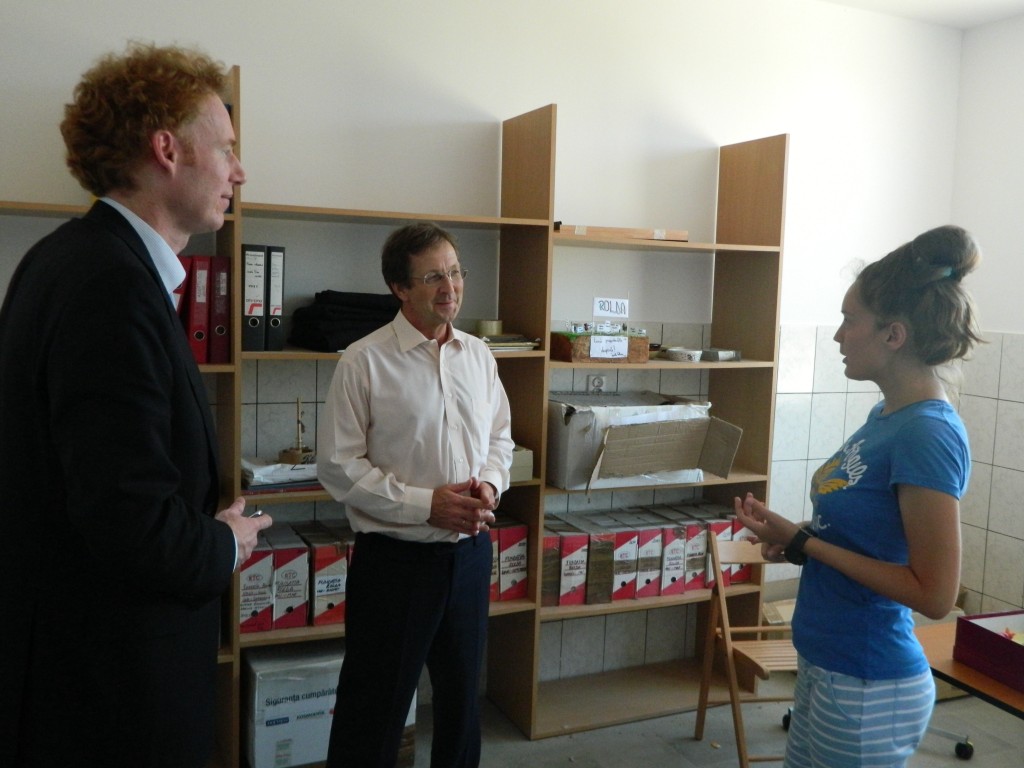 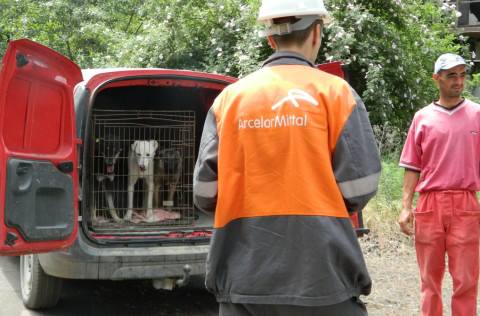 The sterilization and return programs continue in partnership with AMG, our local sponsor. 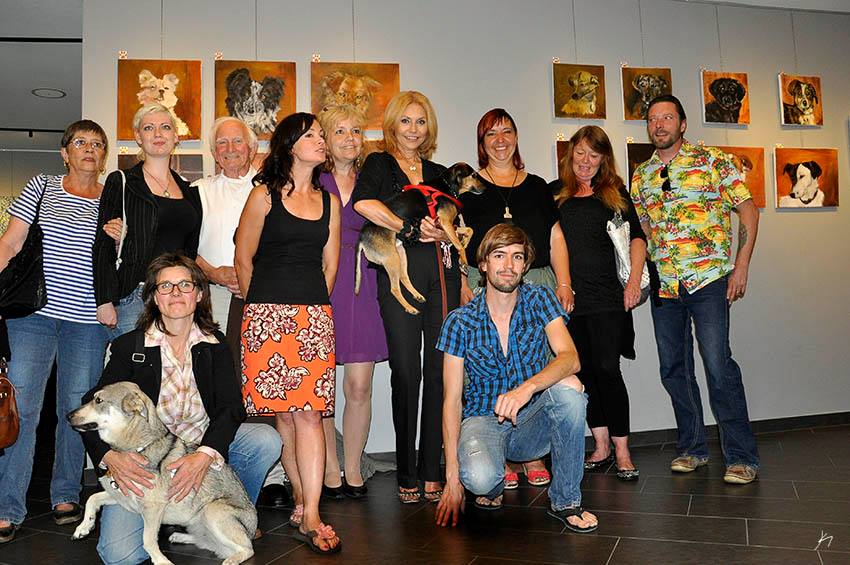 Exposition of paintings in Montreux, Switzerland creations of the artist Muriel. 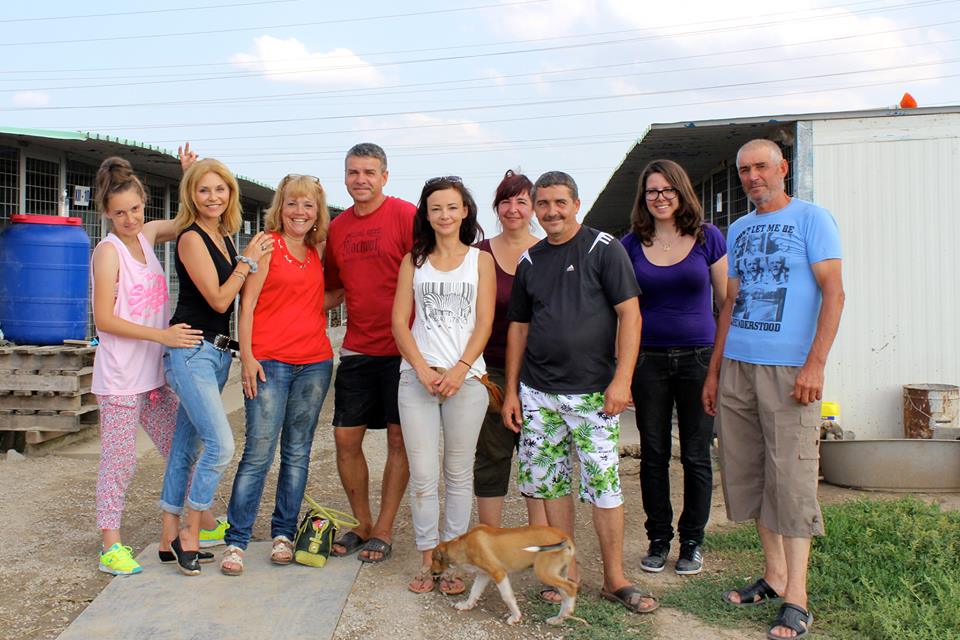 A delegation from ROLDA Switzerland visited our shelter and returned home with 9 adopted dogs.

Second exposition organized in support of Romanian dogs in Switzerland 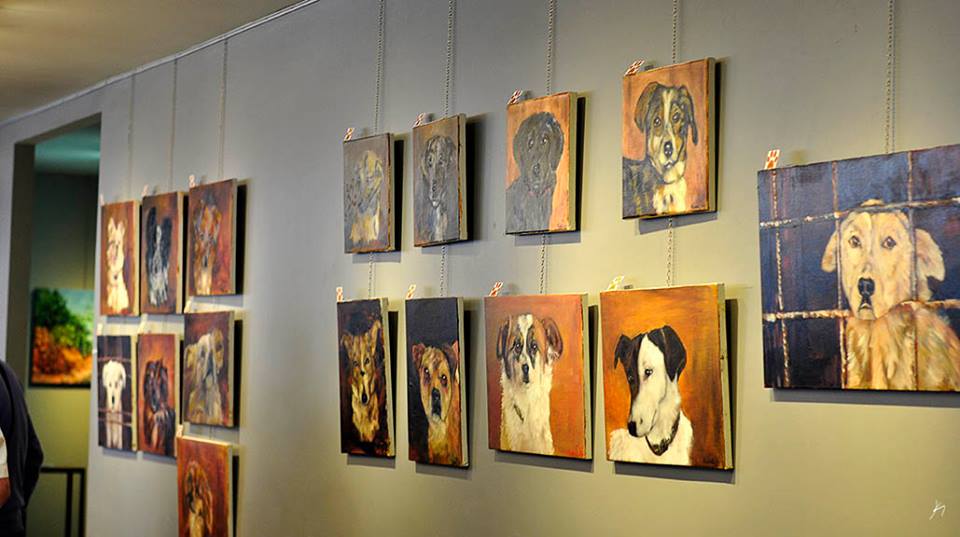 Yelena, adopter of Homer from Switzerland visited our shelters. 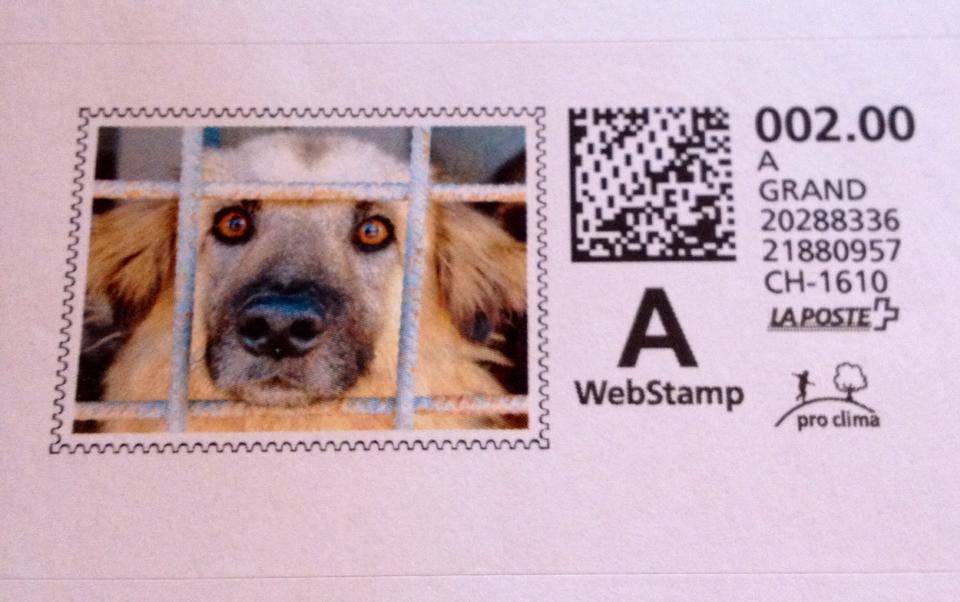 The first stamp created for the Romanian dogs became one of the official Swiss Post stamps! 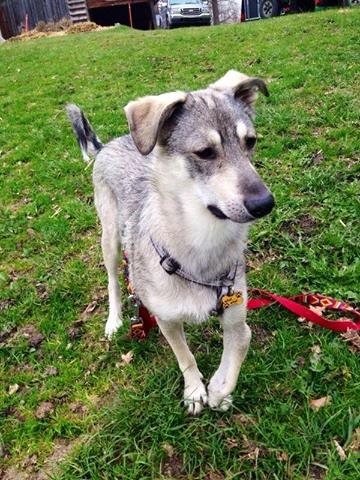 Remember her? She is Miki – one of the ROLDA luckiest dogs,  adopted in Switzerland by Muriel. 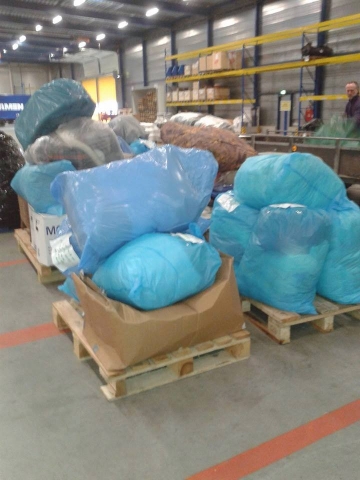 These are some of the goods collected from ROLDA in Holland. Thank you Damen and all the Dutch animal lovers for their full support!

After 7 years of struggling with the bureaucracy, we finally have electricity at the large shelter. 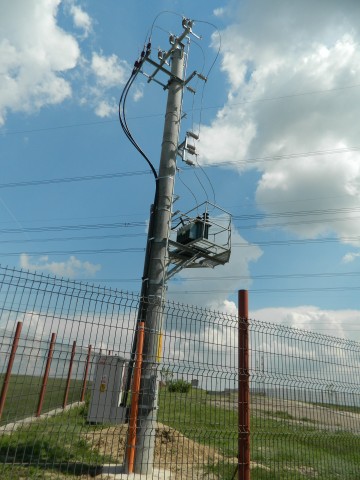 Sandra from ROLDA Sweden board returned to our shelters . Read her testimonial here. 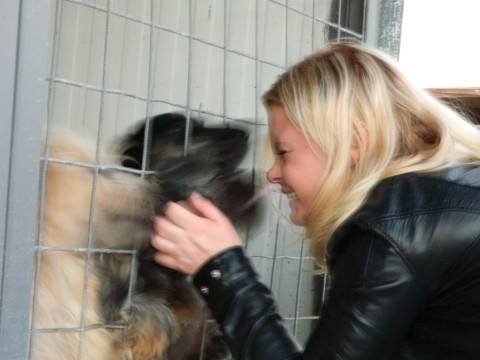 Lolita and Anne returns to transport 6 dogs to their forever homes. 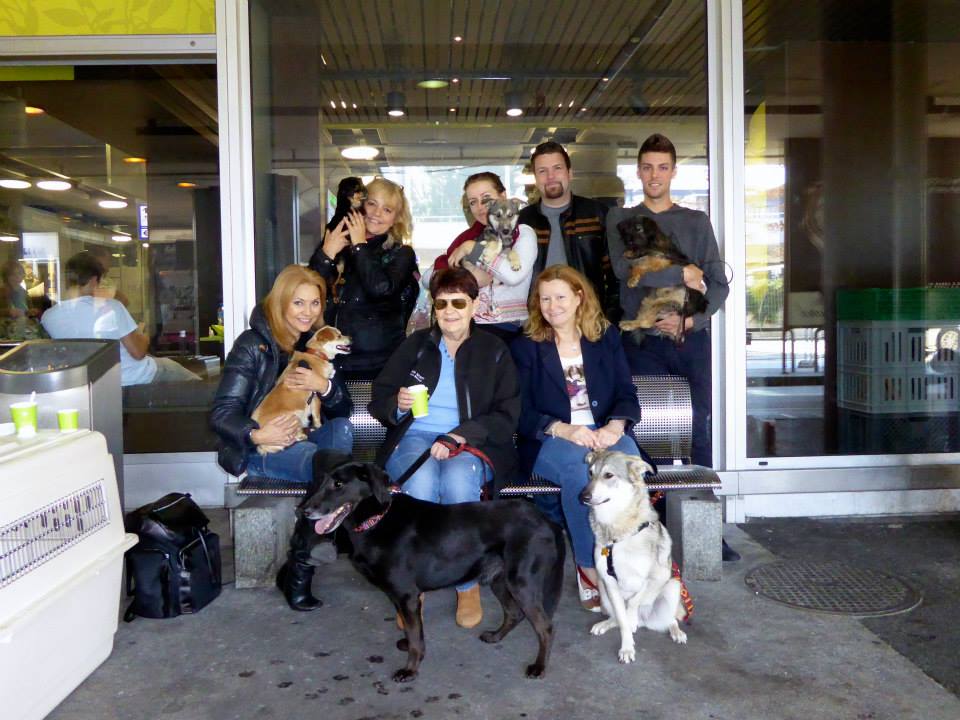 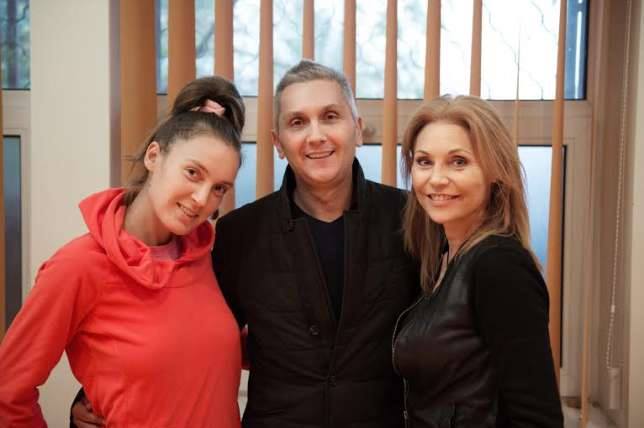 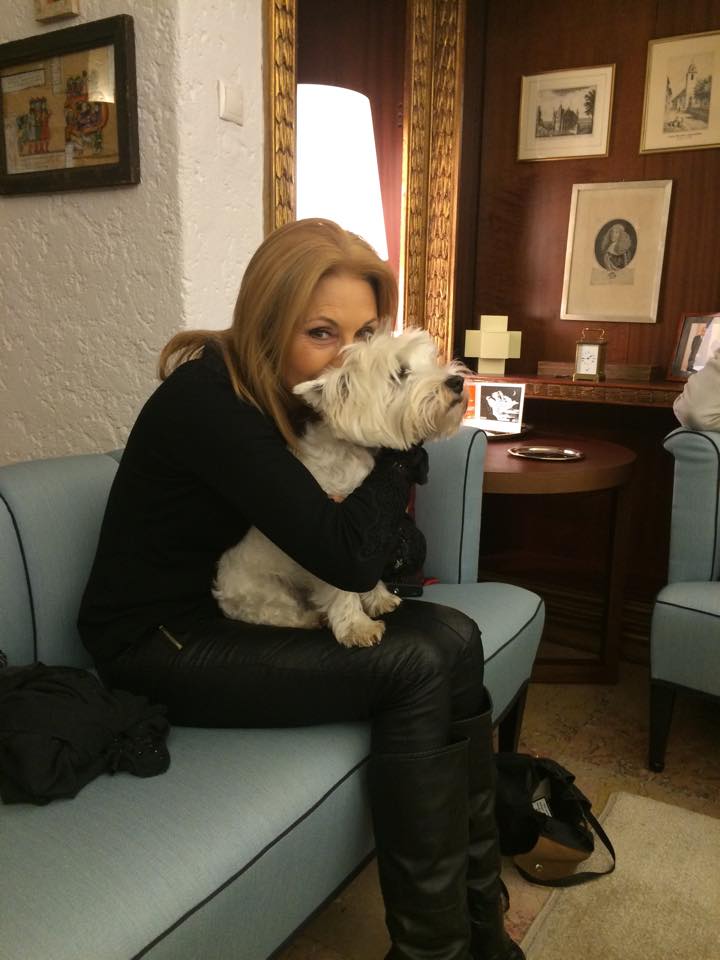 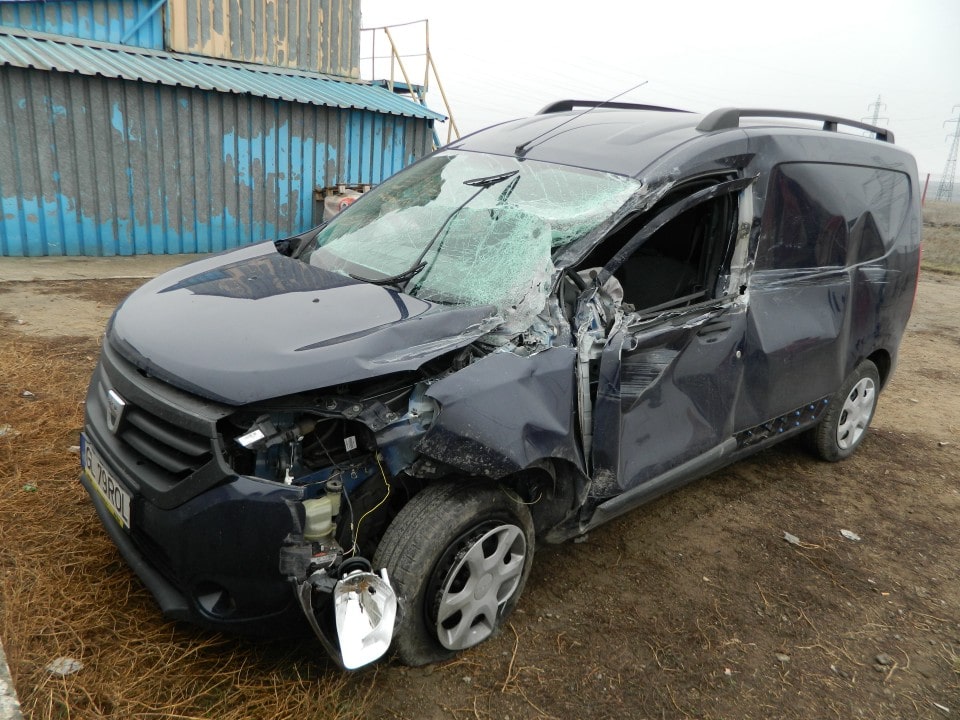 Our rescue van crashed in accident with a truck with no brakes. The truck had no insurance and in these conditions, we have no alternative but to try and raise funds so we can buy a new vehicle to continue rescue dogs.

Swiss Animal Protection, Lolita and Michele PM covered almost half of the van cost. We still need to collect the rest. 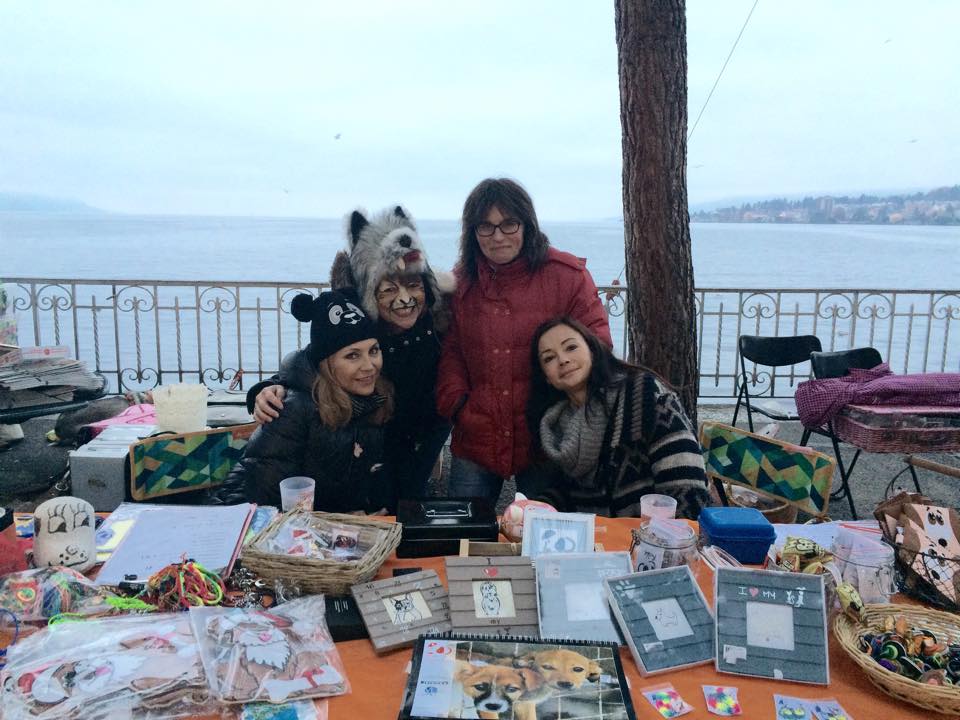 During December, some lucky dogs are scheduled to travel to UK and Norway.

Our friend Shannon is busy to organize the first charitable concert for the Romanian dogs and not only – because during this event, we asked people from California to donate items for the local shelters, too!

Connect the clinic to water and electricity 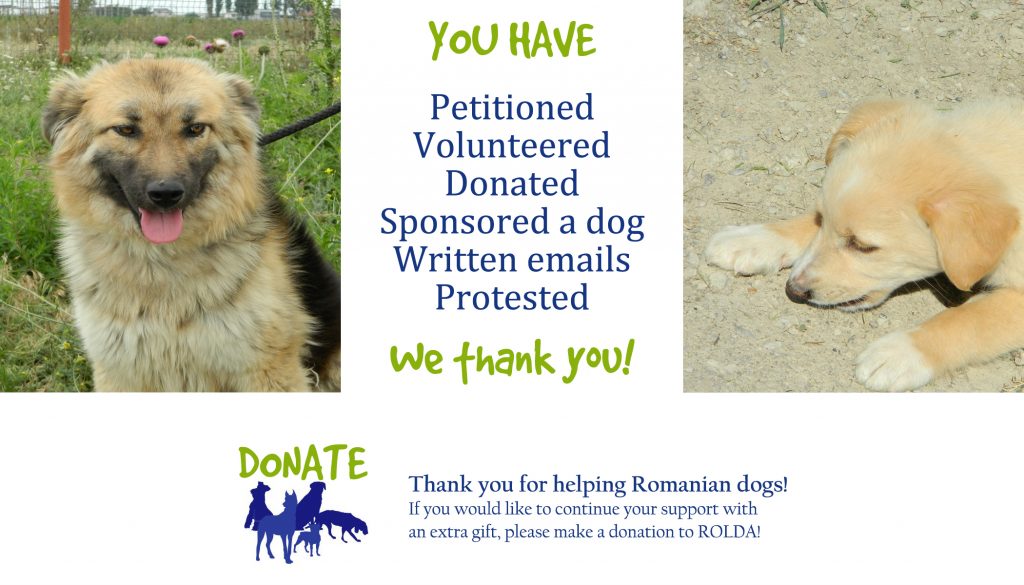