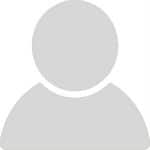 “ROLDA was founded by Dana Costin. She has put together an international team of volunteers and staff that are almost all women. I believe Dana herself is an inspiration for the young women and girls who work with her, and know of her work in Romania. I myself am impressed by her perseverance, her passion, and the devotion she demonstrates to her many projects. She is determined to make her community, and her country, more compassionate through education and animal rescue projects. It has become almost a cliché, but it still warrants repeating. “The greatness of a nation and its moral progress can be measured by the way it treats its animals”. Now Dana is not Gandhi! However, she and her team will drag the Romanian masses forward with a force hard to be described in simple words.”

DONATE NOW
This website uses cookies. By continuing to browse or by clicking "Accept Cookies" you agree to the storing of cookies on your browser (1st or 3rd parties) for statistical and marketing purposes. We use these cookies to analyze and improve your user experience and assist in our marketing efforts.