During my encounter with the dogcatcher, I witnessed up close the hatred these people have for stray dogs. In their eyes, these dogs are a plague in our society. Their mission is to kill them all before they become an unsolvable problem.

There is no respect for the life of a street dog.
This is evident in the brutal way they are treated on the streets and in public pounds.

It’s emotionally distressing every time I visit these pounds because there are hundreds of helpless dogs I want to set free but can’t. I leave feeling like a useless hypocrite, abandoning dogs that desperately need saving.

I founded ROLDA to prevent homeless dogs in Romania from ending up in filthy and overcrowded pounds that are more like prisons than shelters. And yet, there are thousands of these pounds across the country filled with the very dogs I promised to protect.

I fear I’m fighting a losing battle … but I haven’t given up hope.
After the incident with the dogcatcher, I went to the local pound to voice my anger and frustration. While I was there I noticed a dead dog in one of the kennels. I demanded the guards to remove that dog at once. 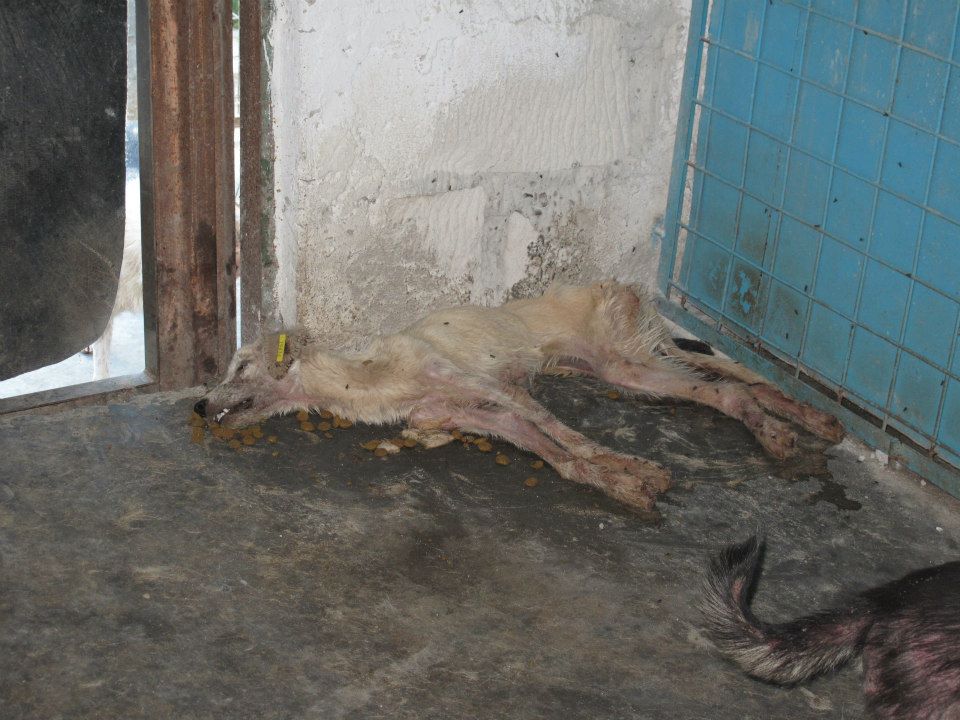 As they were bringing the dog out, they noticed it was still alive but barely breathing. His eyes were closed and he wasn’t moving. I took the dog from them and gently held it in my arms. We walked out of that pound together as tears ran down my face.

When we reached ROLDA, I was afraid the dog had died because I could hardly detect breathing, but it was just very faint. The medical staff attended to him immediately and told me everything was going to be fine.

Seeing the condition of the dog, I found those words hard to believe. They brought me no comfort at all, and I spent hours feeling anxious and sick awaiting news on his status.
Terrible thoughts were going through my head. Sometimes hateful thoughts.

I was in the bathroom crying when one of the nurses came in and told me the dog was going to be okay. I was happy, but I couldn’t stop crying.
“No animal deserves this,” I said. “I left so many behind. I left so many behind. They need my help and I just left.”
I was inconsolable. The nurse just hugged me and held me until I calmed down.
“You saved a life today,” she said. “If you hadn’t gone to that pound, he would be dead right now. If you hadn’t been paying attention, he would be dead. If you didn’t care, he would be dead. You saved a life today and you should be proud.”
I was.
Once I started focusing on the positive, I realized that I felt extremely proud.
I saved a life.

Despite the ongoing struggle to close down these horrific pounds, I have faith that one day we will be victorious, and preventable tragedies will be prevented.
I have faith you will help us. I have faith that together we will save many more dogs like JADA.

Because without faith … homeless dogs in Romania will continue to suffer unnecessarily in public pounds until they are killed or until they die slowly, day by day.

HUNDREDS OF HOMELESS DOGS HAVE ABANDONED HOPE.
BUT WE HAVE NOT ABANDONED THEM.